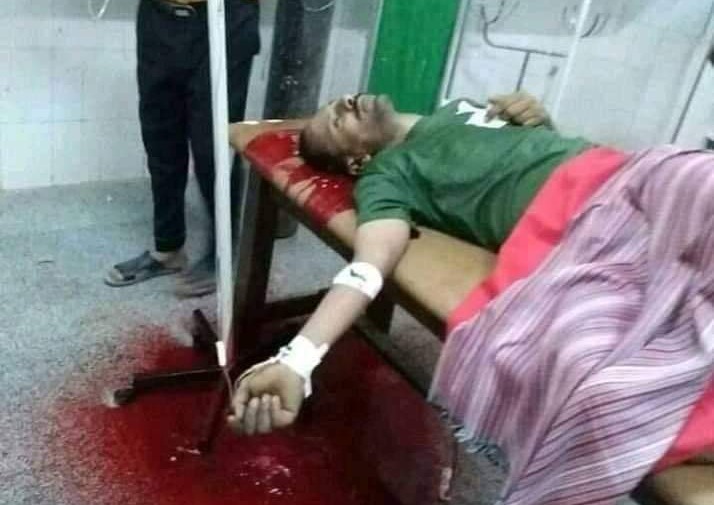 Yemen: Rights Radar calls on the int, l community to intervene to curb grave abuses in Aden and Abyan

Yemen: Rights Radar Calls on the International Community to Intervene Urgently to Curb Grave Abuses in Aden and Abyan
Amsterdam, 02/09/2019:
The Amsterdam-based Rights Radar foundation for Human Rights in the Arab World has called for putting an end to the wave of grave abuses committed by the militants of the UAE-backed Southern Transitional Council against the civilians in the governorates of Aden and Abyan since last week.
Rights Radar (RR) also strongly condemns air strikes hit the Houthi rebel group’s detention in the community college in Dhamar city central Yemen, by Saudi-led coalition jets, which killed more than 100 detainees and wounded dozens others.
RR calls on the United Nations and the international community to urgently intervene to stop this wave of grave abuses against the civilians who have been killed or injured by Saudi-led coalition air raids and those who affected badly by the campaigns of arrests and physical extermination in Aden and Abyan governorates and put pressure on the Saudi-led coalition to play its role to prevent these abuses that violate the international human rights law.
Field monitors of Rights Radar said that Aden has witnessed a campaign of mass arrests and home attacks committed by the militants of the UAE-backed Southern Transitional Council against the local residents for political reasons since August 10. Some of these grave abuses are considered as war crimes, including physical extermination and executions against the detainees and the wounded persons in hospitals.
Official sources said that the militants of the Transitional Council killed and injured more than 300 civilians, including women and children in Aden and Abyan governorates during the crackdown and home attacking in just two weeks, for example, attacking a residence building for students from Shabwah governorate in the east of Aden.
According to a statement issued by the Ministry of Human Rights in Yemen, the militants of the Transitional Council exterminated 11 of the wounded soldiers in hospitals, most notably the execution of wounded soldiers in Al-Razi Hospital in Zenjibar City in Abyan.
Human rights activists have shared clear pictures and videos revealing the acts of attacking, abduction and abuse committed by the militants of the UAE-backed Southern Transitional Council in the governorates of Aden and Abyan during the last week.
The pace of these abuses has been increased since last week and they widespread significantly after the UAE airstrikes against the Yemeni government forces in Aden and Abyan which strengthened the full control of the Transitional Council militants on the governorates of Aden and Abyan. This made them commit a campaign of arrests, field executions and physical extermination against their opponents, in addition to attacking homes and hospitals in the governorates of Aden and Abyan, including cases considered as war crimes such as executions of wounded persons and, at least, slaughtering one of the prisoners after torturing him inhumanly.
RR has called on the international human rights organizations to closely follow up the human rights situation in Aden and Abyan and monitor and document the human rights abuses there, including the abuses which are considered as war crimes so that the perpetrators of these abuses do not go unpunished.
RR has called on the UN Secretary-General’s Special Envoy for Yemen, Martin Griffiths, the Office of the High Commissioner for Human Rights and the United Nations to immediately intervene to prevent committing more abuses in Yemen, particularly in the cities and areas which are under the control of the UAE-backed forces which provides them with a political cover and military protection that encourages them to commit such grave abuses.
RR has also called on all the parties of the armed conflict in Yemen to respect the rules of engagement, comply with the human rights treaties and conventions and adhere to the international human rights law.