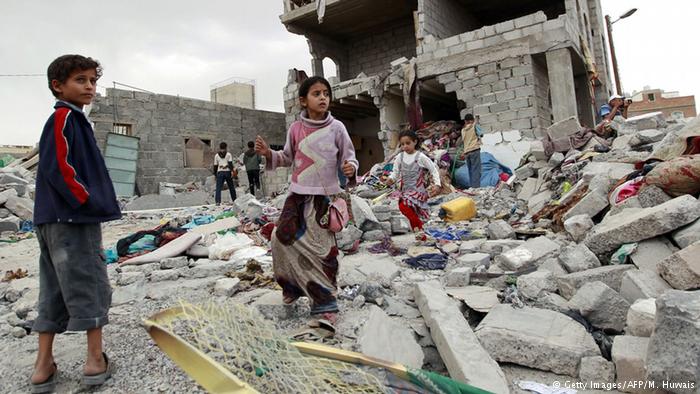 Yemen: On the Occasion of International Human Rights Day, Rights Radar Calls on Parties to Armed Conflict to Stop Abuses and War Crimes

Rights Radar (RR), the Netherlands-based human rights foundation, has called on the parties to the armed conflict in Yemen to stop committing the human rights abuses, some of which are considered as war crimes, since the start of the war in Yemen almost five years ago and adhere to the principles of the Universal Declaration of Human Rights that marks the 71st anniversary since its adoption in 1948.

In its statement on the occasion of Human Rights Day, which coincides today, Tuesday, the 10th of December 2019, the RR calls on the prosecution for those who have committed war crimes and abuses of human rights in Yemen. The world celebrated the Human Rights day while Yemen is at grave danger and undergoes the worst conditions and disasters against humanity. RR calls on all the parties of the armed conflict, the countries that support them and the Saudi-led coalition supporting the government of Yemen to respect the fundamentals of human rights in Yemen, protect the human rights advocates and confront the phenomenon of impunity.

RR said that the human rights abuses have had wide and different effects on the lives of civilians who are victims of the Saudi-led coalition airstrikes and the mines planted by the Houthi militia and many other parties. It considers most of the parties of the conflict in Yemen are involved, in one way or another, in committing crimes and abuses against human rights, some of which were crimes against humanity and war crimes.

RR has pointed out that Yemen has faced the worst humanitarian disaster due to the destruction and confiscation of basic foodstuffs which are prevented from reaching the beneficiaries, as well as the medicines and medical supplies. This has caused the spread of diseases and epidemics such as cholera, dengue, and other deadly epidemics.

It also noted that fear and terror spread among many civilians and activists as a result of the prosecutions, abductions, threats, arbitrary arrests, enforced disappearances, restriction of the work of activists, human rights defenders, journalists, media workers, and humanitarian and relief workers, as well as the confiscation of food aid and relief materials by which some warlords have gained an illicit wealth.

Rights Radar has said that the continuation of the war for nearly 5 years has led to a deterioration in the economic situation, a low standard of living, the collapse of education, health, and other basic services, the increase in the number of displaced people and refugees out of the country seeking safety, and finally the rise of the internal and external debts which have resulted in the collapse of the rate of the Yemeni currency, the high costs of transportation and communications, the high prices and stopping giving salaries in a number of governorates in Yemen.

RR states that the war crimes and abuses in Yemen during the past years of the war in Yemen widely included the political assassinations which returned again during the past week in Aden Governorate and in other areas under the control of the government. Yemen witnessed 12 cases of assassinations of senior military and security officials after signing The Riyadh Agreement between the government of President Abd Rabbu Mansour Hadi and the Southern Transitional Council last month.

RR said that these assassinations were mostly committed to the context of getting rid of witnesses and due to political affairs. These assassinations are considered organized crimes aiming to free the Yemeni arena from the potential opponents of upcoming political projects to be implemented, especially by the United Arab Emirates (UAE), whose forces are accused of committing the crimes of assassinations, arbitrary arrests, and torture of prisoners in secret detention centers in the southern areas which targeted the civilians, the social activists and the opinion leaders who opposed the UAE policies in Yemen, as well as the security and military leaders, and thus exceeded the scale of abuses committed by the Houthi militia in the northern districts of Yemen.

RR has revealed that the forces of the Southern Transitional Council (STC) supported by the UAE carried out field executions against detainees and wounded people. They also carried out the arrest campaigns in the governorates of Aden, Abyan and the neighboring governorates due to political reasons. The warplanes of the UAE also carried out airstrikes against forces belonging to the Yemeni government in Aden and many other governorates. This caused more than 300 deaths and hundreds of wounded people during August 2019. The UAE forces intervened directly in this attack with the support of the militia of the STC rebelling against law and order and controlling the city of Aden where the governmental institutions were located. Moreover, the Saudi-led coalition bombed the Community College building in Dhamar Governorate, which was used by the Houthi militia to detain civil prisoners and detainees, as a result of which hundreds of people were killed.

In terms of the freedom of the press and media work, the mission of the press remains a risky work in Yemen. The cities of Sana'a and Aden are at the top of the most dangerous Yemeni regions for the lives of media workers according to the international human rights organizations. In its report of April 2019, Reporters Without Borders confirmed that the Journalism work in Yemen was still the most dangerous in the Middle East and North Africa region. It added that the journalists in Yemen suffered from the arbitrary arrests and prison penalties and that the hatred against journalists increased and turned to be violence which has led to a growing feeling of fear among the media workers and journalists.

The Houthi militia has continued to detain journalists in its prisons in the capital city, Sana'a, for nearly five years, during which they were subjected to cases of torture and deprivation of basic rights, in addition to the confiscation and closure of the dozens of media outlets and newspapers, the displacement and arrest of journalists and the denial of their rights and salaries, except for those who are working with them.

In April 2019, Human Rights Watch (HRW) reported that, at least, 140 civilians, including 19 children, were killed by the land mines planted by the Houthi militants in the agricultural lands, villages, wells, and roads located along the coastal strip between the governorates of Hodeidah and Taizz.

The HRW stresses that it has evidence confirming the Houthis' use of anti-personnel mines in Hiran in Hajjah Governorate, as well as the marine mines despite their risks to the commercial fishing ships and the humanitarian aid ships.

Many human rights organizations have put the responsibility on the Houthi militia for the killings, injuries of civilians and the expected civilian damages caused by the explosion of landmines. They have confirmed that the indiscriminate use of mines violates the laws of war and they are considered a threat to the civilians, even after the cessation of fighting.

In terms of the women's rights, the Yemeni Organization for Combating Human Trafficking has revealed that the armed Houthi militia continues committing the most horrific abuses against the abducted and forcibly disappeared women in its secret prisons in Sana'a and in many other governorates. It has confirmed that the number of abducted and forcibly disappeared women have reached more than 160 women.

On the level of children's rights, Rights Radar and many local and international organizations have monitored cases of children being recruited in an unprecedented manner and they have been forced to the frontlines of fighting frighteningly. The statistics confirm that more than 30% of the Houthi fighters are minors who are under the age of 16.

Rights Radar has called for strengthening the accountability for human rights abuses and the need to the constant documentation of abuses and the collection of evidence so that the perpetrators of these crimes cannot escape punishment as impunity leads to committing more crimes and abuses whether by the armed groups and militias or by the government agencies.

RR has called on the international community to play its the role, especially the 18 countries concerned with the Yemeni affairs which have an impact on the warring parties to the armed conflict in Yemen, to stop the abuses committed against the civilians and prevent supplying the militia with arms and help Yemen to overcome its current crisis.

RR has also has called on the Yemeni government, which is absented from working in the ground, to play its role in imposing the security and moving quickly to prosecute and arrest the perpetrators of assassinations and human rights abuses and provide fair trials for them.

RR has urged the United Nations and its Human Rights Council to put an end to the human rights abuses and put pressure on the various parties to the armed conflict in Yemen to ensure accountability for those who violate the International Human Rights Law, the Humanitarian Law and the International Criminal Law and carry out investigations and prosecutions for the perpetrators of crimes and abuses for punishing them.