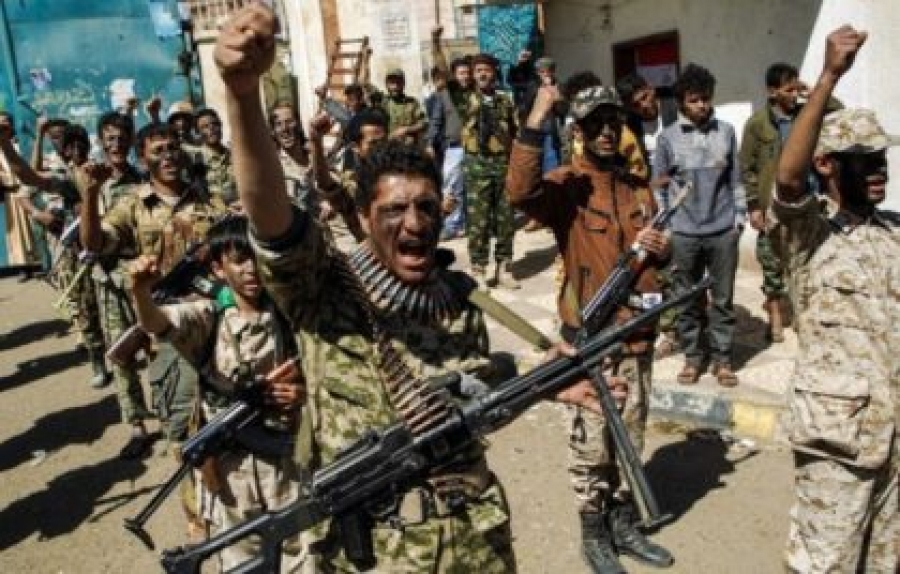 In its statement, announced from The Hague, the Netherlands, Rights Radar announced that “The Houthi group intensified its revengeful behaviour regarding its opponents, first and foremost demonstrated by the execution of former Yemeni president Ali Abdullah Saleh, 74, after their gunmen broke into his house and killed him in a manner contrary to the laws of war” the statement said”.

RR explained that credible testimonies confirmed that “the Houthi militants killed Saleh by gun shooting after they managed to kill most of his security guards, and Saleh was captured in their hands, when they stormed his house in Hadda Street, next to Al-Kumaim commercial center, in Sana’a, Monday morning, December 4, 2017.

RR’s field sources also made clear that the Secretary-General of the General People’s Congress Party (GPC), Mr. Aref al-Zouka, had also been killed, after he had also been captured. “The killing of Saleh and al-Zouka in this way is an extrajudicial execution, in contravention of the Third Geneva Convention of 1949, which bans the killing of prisoners of war and gives them protection against murder and torture”.

RR pointed out that the killing of Saleh and al-Zouka was followed by the killing of dozens of backers of Saleh and by arresting dozens of leaders of his political party, the GPC, as well as the Republican Guard and special forces that were loyal to him. In addition, hundreds of Saleh Supporters were arrested during at random stormings of their homes in Sana’a after the assassination of Mr. Saleh.

RR has received dozens of reports testifying human rights violations committed during the past 10 days since the start of the armed confrontations between the Houthi and Saleh forces in Sana’a. The reports confirm that the vast majority of violations in the aftermath of Saleh’s killing were committed by Houthi militants.

The capital, Sana’a, also witnessed a state of great terror due to intensive air raids by the Saudi-led coalition forces following the killing of Saleh, which targeted many of the public sites and compounds under the control of the Houthis, particularly the Republican Palace, on Al Qasr Street, which was completely destroyed together with all the annexed buildings, as well as the presidential palace compound in Al-Sabeen square and the headquarters of the Yemen public television complex in Imran Street.

The human rights’ violations over the past few days were beyond expectations, according to reports received by Rights Radar, in terms of the number of cases and the gravity of the cases, both in the capital Sana’a and in the rest of the Yemeni governorates.

The number of reports received by RR for allegations of human rights violations from December 1 to December 10, 2017, reached the amount of 153, including 27 reports of individual violations and 126 of massive violations, most of them committed in the capital Sana’a by Houthi militants.

The main allegation RR was reported said “Houthi gunmen carried out mass executions of dozens of leaders, members and supporters of the Saleh’s GPC party and the loyal Republican Guard forces in 1 day in the vicinity of Al-Saleh mosque in Al-Sabeen square in Sana’a on December 4″.

The reports also included the killing of Saleh’s family members, the leaders of his party, his security guards and neighbours, the destruction of their property, the storming of their homes and the siege and abducting of some of them, on December 3 and 4.

Among the allegations of violations is the siege of several neighbourhoods in the capital Sana’a, the blocking of news websites and of all social media outlets, the closure of access to public services and medical supplies.

The International Committee of the Red Cross (ICRC) announced on December 6 that 234 people were killed and 486 others wounded in the capital Sana’a only during the first 4 days of clashes between the Houthi and Saleh forces.

The Yemeni Journalists Syndicate (YJS) has revealed series of violations committed by the Houthi militants on the GPC media, including storming the headquarters of the (Yemen Today) TV channel, targeting it by rockets, abducting 41 of its journalists and technicians at its HQ since December 2, 2017. As well as storming the office of (Yemen FM) radio and stopping its broadcasting, blocking the GPC’s news websites like (Almotamar.net), (almethaq.net), and (Al-Methaq) mobile news service, and (khabaragency.net) news agency, in addition to cracking down journalists and media workers who are working with the GPC media outlets.

The YJS added that it had received a report from the Houthi-run Yemen TV (public channel) saying that the HQ of this TV complex in Sana’a was targeted on Friday evening December 8, 2017 by two air raids of the Saudi-led coalition jets. The first hit the main gate of it and guards room and the 2nd targeted the hill next to the TV buildings, which resulted in the death of 4 security guards and 1 employee, and injured 4 workers.

The European Union (EU) said in a statement on Sunday Dec. 10, that “in the context of a deteriorating situation in Yemen, the reports from Sanaa of a substantial escalation of violence following the killing of former President Ali Abdullah Saleh are an element of serious concern”.

He added “We are hearing of brutal repression, serious harassment, arbitrary detention and killing which are being carried out by Ansar Allah (Houthi) against politicians of the General People’s Congress, relatives of the former President, members of civil society organizations and other civilians”.

The spokesperson of Rights Radar foundation Mr. Gerard van der Kroon said “The scale of the violations of human rights in Sana’a exceeded all the expectations and reached a very serious level”.

“The perpetrators of human rights’ abuses in Sana’a and other areas in Yemen must understand that they will not go unpunished after the end of the war, as the human rights organizations are documenting all violations and working hard to prevent impunity for perpetrators” he added.

Van der Kroon also called on the international community to shoulder its responsibility for the protection of Yemeni civilians and to initiate local and international investigation’s mechanisms regarding allegations of violations, as well as to use its pressure on Houthi militants and Saudi-led coalition forces to prevent further violations of human rights and to immediately release detainees and forcibly disappeared persons across all of Yemen.