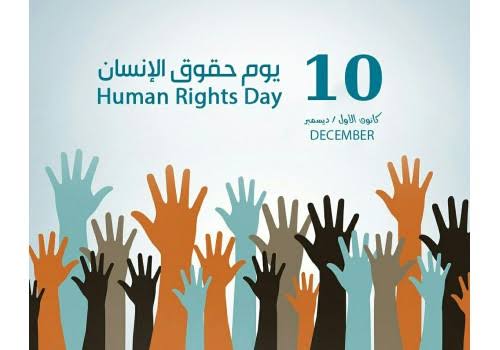 Rights Radar Organization for Human Rights, based in Amsterdam, the Netherlands, has called on the parties to conflict in Yemen to respect the international human rights conventions and treaties and immediately stop all abuses targeting civilians.

In its statement, Rights Radar said; “Unfortunately, the International Human Rights Day is on the tenth of December this year and the Yemeni people have been suffering from the scourge of war for eight years. During this long period, the violations and the number of victims of these violations of all kinds and forms increased in a terrible way. Unfortunately, all parties are unable to spare the most vulnerable groups, such as women, children, and the elderly, from the scourge of war. This raises questions about the ability of United Nations to exert more pressure and take adequate measures to protect civilians from all types of violations, especially those related to the right to life and the physical and psychological integrity.”

According to the cases monitored and documented by Rights Radar’s monitoring team in various Yemeni governorates during the period from December 2021 to December 2022, the total number of abuses reached 2,268. These abuses included 558 killings and 532 injuries resulting from assaults. In addition, there were 555 abductions, including 51 cases of enforced disappearance and 43 cases of torture, including two cases of rape. There were also 463 abuses of private property and 117 abuses of public property.

According to the figures and statistics monitored and documented by Rights Radar in the Yemeni governorates, Houthi militia topped the list of the most violating parties with 1,898 abuses out of the total abuses covered by the statement during the period mentioned above. These abuses included 481 cases of assault, and 439 abductions, including 31 cases of enforced disappearance, 431 killings, 511 assaults on public and private property, as well as 36 cases of torture, including two cases of rape. Unknown parties followed Houthi militia in the list of violators with 189 abuses, including 86 killings, 58 abductions, including 18 cases of enforced disappearance, 21 injuries resulting from direct assault and 23 cases of assault on public and private property.

The formations unaffiliated with the internationally recognized Yemeni government came third with 119, including 49 abductions, including one case of enforced disappearance, 19 killings, 33 cases of assault on public and private property, five cases of torture, and finally 13 injuries resulting from direct assault.

Then, the Arab coalition forces in Yemen, led by Saudi Arabia, came fourth with 48 abuses, including 19 killings and 12 assaults on public and private property, in addition to 17 injuries resulting from direct assault.

After that, the Yemeni government comes fifth with seven abductions, one case of torture, one case of killing, and one case of assault on private property. Finally, the extremist organizations came sixth with only four abuses, including two abductions, one of which was enforced disappearance, and two killings.

Concerning the cases of torture, reached 43 cases. The capital Sana’a topped the list with 11 cases, followed by Taiz with 7 cases. Ibb was third with 6 cases and the temporary capital, Aden, was fourth with 4 cases, and then both of Lahj and Al-Hodeidah came fifth with three cases, including two cases of rape. Sa’ada and Sana’a came sixth with two cases each, followed by the governorates of Abyan, Al-Bayda, Al-Jawf, Hadramout, and Shabwa, with one case each.

As for the abuses committed against the public property, the statistics indicate that Al-Hodeidah topped the list of governorates with 66 cases, followed by Ibb with 64 cases, and then Amanat Al Asimah Governorate‎ with 52 cases. Al-Bayda came fourth with 51 cases and Marib was fifth with 38 cases, followed by Taiz with 37 cases, and then Shabwa with 29 cases. Sana’a had 27 cases and the temporary capital, Aden had 19 cases, and finally Dhamar came tenth with 17 cases.

As for the abuses committed against the public property, the governorates of Al-Hodeidah and Ibb came first with 20 cases each, followed by the capital, Sana’a, with 14 cases, and then Aden with 11 cases. Shabwa was fourth with 10 cases and Dhamar came fifth with seven cases, followed by Taiz and Marib with six cases each. Al-Bayda came seventh with five cases, and then Al-Dhalea had four cases. After that, Raymah, Sana’a, and Lahj came ninth with three cases each. Finally, Abyan, Hajjah, Hadramout and Saada came tenth with only one case each.

It should be noted that nothing has changed in terms of the public and private rights and the nature of abuses this current year. On the contrary, the abuses committed against civilians have increased according to the statistics related to the victims of missile and artillery shelling targeting civilian neighborhoods and objects, as well as the victims resulted from the mines that kill innocent lives on an almost daily basis. These mines have physically and psychologically devastating and lasting effects on the lives of the victims.

There has been no improvement in the status of press freedoms as Houthi militia still controls the media in the areas under its control in a way that does not allow non-supporters to practice journalism. This is evidently clear because Houthi authorities have stopped and closed about six local radio stations for arbitrary reasons, according to the statements of some officials of the arbitrarily closed radio stations, including Sawt Al-Yemen, Grand FM, Al-Oula, Community Childhood, Al-Diwan, and Delta.

In this context, Rights Radar for Human Rights has called on the United Nations and the relevant international organizations to put more pressure on the parties to the conflict in Yemen to limit any human rights abuses, especially Houthi militia which tops the list with shocking numbers.

Accordingly, the United Nations envoy to Yemen, Hans Grundberg, must play a real role with all parties in order to limit targeting civilians and ensure that they are spared from the scourge of war.

Rights Radar also has called on the international organizations concerned with the psychological safety to practically intervene and deal with the health and psychological implications resulted from the war on millions of civilians, especially the most vulnerable groups such as women, children, the disabled and the elderly.

Rights Radar has called on Houthi militia to immediately stop committing all forms of abuses against civilians, many of which are war crimes that cannot be subject to a statute of limitations, and the perpetrators are exposed to the criminal and legal accountability before local and international bodies.

Rights Radar has also called on the Yemeni government to take responsibility towards its citizens in all Yemeni governorates and spare them the psychological and health implications of war. The Yemeni government must be apart from being accused of committing any of the international criminal abuses.