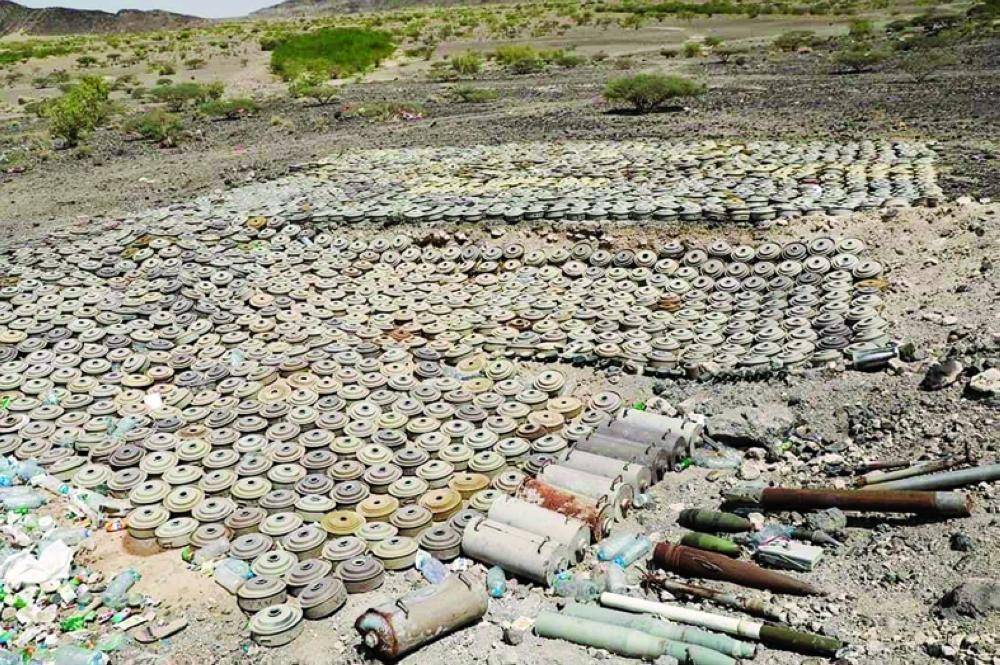 The Amsterdam based, Rights Radar for Human Rights, has called on the international community to put serious pressure on the parties to the conflict, that lay mines in Yemen during the armed conflict, to reduce the number of civilian victims as a result of mine explosions in many Yemeni districts affected by the waves of war.

According to Rights Radar’s field monitors, the number of victims of mine explosions, during the period from the beginning of the Yemeni war in 2014 until the end of last February, reached 3,517 dead and injured persons in 19 Yemeni governorates affected by the armed conflict.

According to its statistics, the number of victims of mine explosions in Yemen has reached 2,535 men, 238 women and 744 children since the beginning of the war.

The statistics indicated that the Houthi militia was responsible for 1,432 deaths and 1,825 injuries of the total victims of mines. The Houthi militia came in the first place in this type of grave abuse, followed by the extremist organizations with 89 deaths and 61 injuries, and then the unknown gangs with 52 deaths and 35 injuries. The illegal military formations came in fourth place with 7 deaths and 16 injuries.

As for the number of women deaths due to mines, Taiz Governorate also came in the first place with 36 victims, followed by Hodeidah  with 24 victims, Al-Jawf with 17 victims, Al-Bayda with 8 victims, Lahj with 7 victims, and then Ma’rib with 5 victims.

Despite the enormity of the number of victims, Rights Radar confirms that the numbers included in this statement do not reflect the full truth about the mine victims in Yemen, whether deaths or injuries, because of the inability to reach all victims in all areas of conflict due to the security and military conditions that affect the human rights monitoring. But these numbers represent what the organization was able to monitor and document through its field monitors in the mentioned governorates. The number may increase when Rights Radar monitors can document more cases.

Based on the statistics included in this statement, Rights Radar calls on the international community and the bodies and organizations, particularly those concerned with human rights, to take practical measures that would limit laying more landmines that result in more victims in Yemen. Now, Yemen is experiencing what can be described as a chaos of brutal killing. Mines and explosive devices are the most brutal and heinous means because of their long-term physical and psychological effects on the victims and their relatives.

Rights Radar also calls on the Houthi militia to stop laying mines which, unfortunately, kill many innocent people. The work done for clearing large areas of mines and explosive devices revealed a state of chaos resulting from laying mines and bombs. In such wars, this work is done without any maps, therefore there is no exchange of maps of laid explosives and mines by the parties to the conflict to facilitate their removal in times of peace.

Rights Radar has warned the military leaders of various parties of the consequences of continuing laying landmines because this type of violation exposes those who commit it to criminal trials in accordance with the legitimate and legal right of the victims and their families to pursue the accused persons before various judicial bodies locally and internationally.