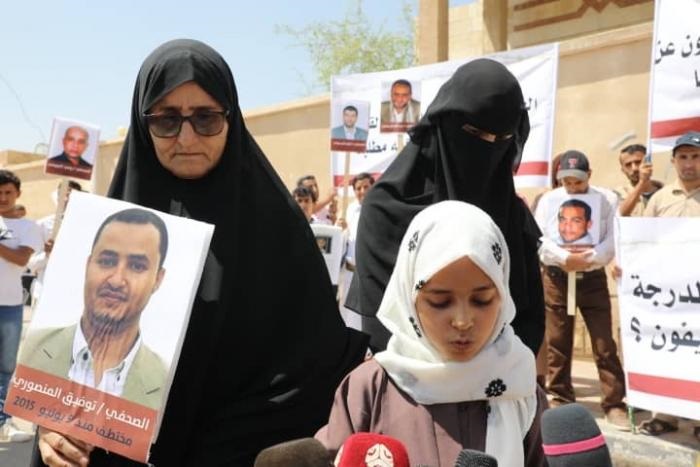 Rights Radar Organization for Human Rights based in Amsterdam, Netherlands, called on the parties to the armed conflict in Yemen to quickly release all abductees, prisoners and insolvent prisoners to protect them from the risks of Corona Pandemic after its spread in a more terrifying and deadly way.

Rights Radar called on all parties in Yemen to guarantee the life and safety of all prisoners, detainees and abductees in all prisons and detention centers containing prisoners in all governorates belonging to the various parties to the conflict in the country, particularly the prisons that do not meet the minimum levels of health and preventive measures required to protect prisoners from infection with coronavirus (COVID-19).

After the increasing fear of the unprecedented spread of Corona epidemic in a number of Yemeni governorates, whether in the north or the south of Yemen, there is an increasing concern about the possibility of the infection of large numbers of prisoners who may die in full view of the international community, especially they are deprived of the most basic health care and their other rights.

Rights Radar’s field monitors confirmed that the prisons and detention centers belonging to the various parties in Yemen were crowded with thousands of civilian prisoners, abductees and detainees, in addition to prisoners of war. They said that Houthi militia held more than a thousand of civilians from among the abducted and forcibly disappeared persons who were distributed on more than 203 prisons, including 78 prisons located in the headquarters of the government security and police services that were controlled by the Houthi militia in Sana’a, in addition to 125 detention centers in other areas that were under the military control of Houthi militia.

The UAE-backed Security Belt Forces held about 81 civilians in Aden Governorate, including abductees, detained and forcibly disappeared persons, in addition to 17 detainees in prisons belonging to the UAE-backed joint forces in the western coast of Yemen and 23 detainees held by the security authorities of the internationally recognized government.

Rights Radar obtained documented information confirming that the number of those who were killed due to torture in detention centers reached 169 victims and more than 55 others died in the prisons of Houthi militia as a result of health negligence after most of them were subjected to systematic torture, and some of them were left to face their fate in prisons without any intervention from the part of the human rights organizations to save their lives. Instead, they were left to face slow death resulting from the health complications.

Rights Radar confirmed that most of the prisons and detention centers in Yemen, and perhaps all of them, lacked the necessary medical care. In addition, those in charge of the prisons often did not take into account the precautionary measures needed to face epidemics, in general, and the Corona pandemic in particular. All what was provided to prisoners did not exceed some sedative medicines. In addition, there was lack of qualified medical personnel and medical clinics in most prisons, as well as the lack of hygiene and cleanliness items, clean water and good food.

According to the legal amendment No. 26 of 2003 to Yemeni Law No. 48 issued in 1991 concerning the organization of prisons, Article (23) regarding (Health Care for Prisoners) stipulates that “Prison management shall take into account the public health inside the prison, assume the responsibility of the prisoners’ medication, provide prisoners with health and preventive care, and appoint specialized doctors in coordination with the Ministry of Public Health”. Article (24) stipulates that “The instructions and observations of doctors in health, prevention, medication and nutrition shall be abiding for the prison management.”

In view of these facts, Rights Radar calls on all parties to take into account the human aspect, deal with what threatens the lives of prisoners and detainees with moral responsibility and release as many of them as possible, especially prisoners suffering from chronic diseases and the elderly, in addition to ensuring the provision of health requirements required for the safety of the other prisoners, especially in the most overcrowded prisons that lack health and safety standards. Rights Radar also confirmed that in case that Coronavirus spreads among prisoners, this may constitute a dangerous epicenter for the pandemic spread. This would result in the pandemic spread to the extent that it may get out of control medically.

Rights Radar also calls on the international community to take urgent action to put pressure on the conflicting parties in Yemen to release all detainees, especially political detainees, and propose urgent humanitarian initiatives in this regard.