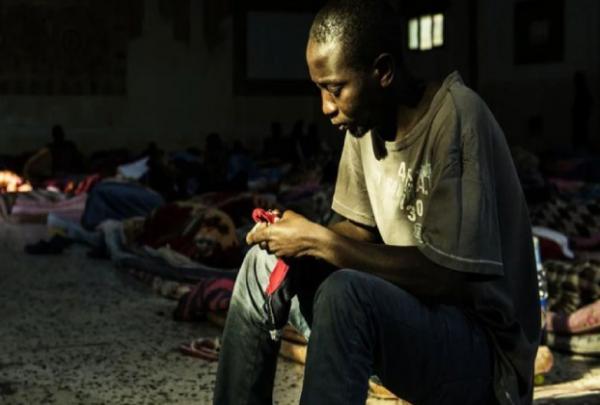 Yemen: Rights Radar Calls for Urgent International Investigation to Uncover Circumstances of Burning of Hundreds of African Immigrants in Houthi Detention Center in Sana a

Rights Radar for Human Rights in the Arab World based in Amsterdam, Netherlands, called on the United Nations and the international community to urgently conduct a serious and transparent international investigation into the burning of hundreds of illegal African immigrants, most of them were from Ethiopia, last Sunday in a Houthi detention center in the Yemeni capital, Sana’a.

Rights Radar called on the Houthi militia in Yemen to disclose the details of that intentional burning of hundreds of Ethiopian and African immigrants in one of the militia’s detention centers at the headquarters of the Immigration and Passports Authority at Khawlan Street in the capital, Sana’a, at noon on March 7.

Despite the conflicting reports about the exact number of victims due to the suspicious Houthi blackout about this horrific accident, most sources confirmed to Rights Radar that over 300 Ethiopian immigrants were burned in the Houthi detention center in Sana'a and other hundreds were injured, many of them died in hospitals later. The Houthis refused to allow even the UN agencies and the international organizations to be aware of their conditions and provide them with health care.

Some survivors of this accident told Rights Radar monitors in Sana’a that elements of the Houthi Rapid Intervention Force were called in to force the detained Ethiopian immigrants to put an end for their hunger strike which they had recently started to protest against their arbitrary detention due to their refusal to join the fighting fronts with the Houthis against the government forces.

Those survivors said that the detained immigrants repeatedly complained of their accumulation in narrow and inhumane detention rooms. They said that many of them were subjected to torture and abuse during the last period. When they began a general hunger strike, the Houthis told them that they could either pay a ransom ranging from 300 to 500 dollars or join the fighting fronts with them in exchange for their release. However, all of them rejected this offer.

They also stated that elements of Houthi militia stormed the detention center, which was crowded with over 900 Ethiopian immigrants, and tried to force the hunger strikers to end their strike by using severe violence against them. This made some of the victims resist the Houthi elements to get them away from the detention center. Then, they closed the doors of the detention center and launched two bombs into the middle of the detained immigrants. One of them was believed to be an incendiary bomb and the other one was a tear-gas bomb. One of the detainees covered the bomb with a blanket and this caused a heavy and rapid fire and they were unable to put it out because there were no means for putting out fires.

They confirmed that the fire lasted for more than an hour in full view of the detainees who refused to even open the doors. The fire resulted in the death and injury of over 500 detainees, most of them were seriously injured. Rights Radar reviewed photos and videos showing dozens of charred bodies It was a terrifying and sad scene of the Ethiopian immigrants who died in this accident.

Rights Radar condemned the occurrence of this horrific accident and denounced the blackout imposed by the Houthi militia to conceal the features of the crime and prevent the delegates of the UN agencies, international organizations and media from reaching the crime scene and hospitals to meet the victims and find out the truth. The Houthi militia hurried to bury the bodies of the victims as a way to hide the features of their crime and the true number of victims.

Rights Radar has called for the necessity to release all the detained Ethiopian immigrants and African refugees in Sana'a and other cities located under the Houthi control, for whom the international treaties and charters guarantee the right to protection and security and criminalize violating their human dignity.

Rights Radar also has called for the necessity of an urgent international investigation to uncover the circumstances of the crime and put the full responsibility on the party that committed it and bring it to the international judiciary to ensure that the perpetrators cannot escape punishment.

Yemen: houthi rebels intensify abuses after saleh’s killing
Oral statment of Rights Radar foundation and the International Institute for Rights and Development at the 45th session of the Human Rights Council in Geneva
Yemen: Rights Radar Calls on International Community to Put Pressure on Houthis to Release Four Journalists Facing Execution
Yemen: Mines Laying Causes 3,517 Death and Injury in 19 Governorates During War Time
Yemen: rights radar calls on the un to urgently put an end to the killing of detainees and journalists