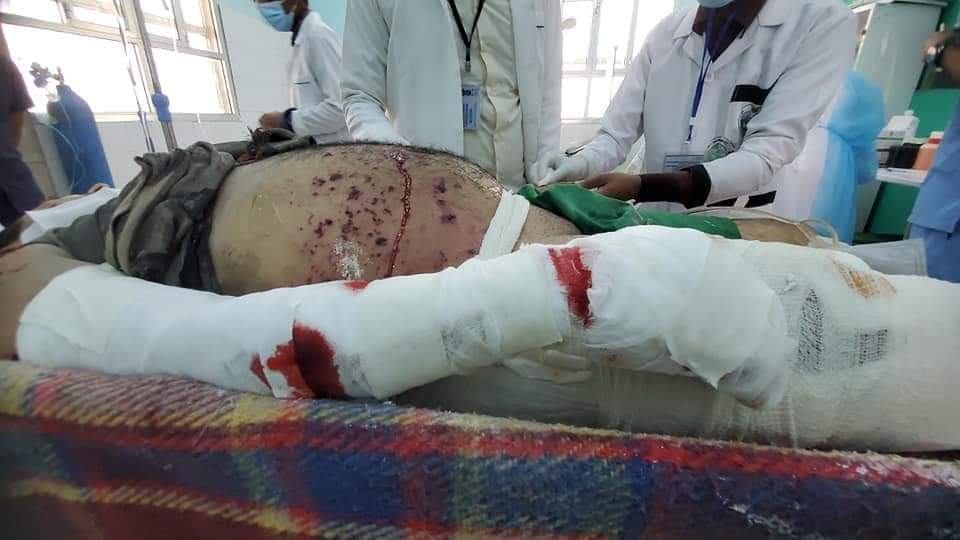 Rights Radar Organization for Human Rights based in Amsterdam, Netherlands, has called on the international community to urgently intervene and deal with the humanitarian disaster that threatens the lives of thousands of displaced families in Ma’rib, northeast of Yemen.

Due to the Yemeni coup and war, Ma’rib Governorate absorbs 320,000 displaced families. This represents about 60% of the total number of displaced people in Yemen. In addition, its population reaches 2,235,000 people. Therefore, it is considered the most populated area in Yemen.

The escalation of war in Ma’rib has resulted in the largest humanitarian repercussions and the increasing suffering of people there since last January.

According to Rights Radar’s monitors in Ma’rib Governorate, the military escalation has made over 14,000 people move to Ma’rib and its surrounding districts.

The recent military confrontations have forced over 2000 families to move to Ma’rib and its suburbs, coming from the villages and displacement camps in Sarwah, Majzar and Al-Jadaan of Raghwan District, in addition to the displaced people from Bani Dabyan District of Sana'a Governorate.

The eyewitnesses confirmed to Rights Radar that the displaced people were subjected to attacks that forced them to escape death. These attacks included shelling with rockets and artillery, in addition to the mines and the improvised explosive devices that were laid in the places used in their daily life such as farms, etc. Therefore, they were deprived of safety, as well as means of subsistence such as water, etc. They also were not able to reach markets to get their needs.

Those eyewitnesses also said that the displacement camps, that were located in the districts of Sirwah, Madghal and Majzar in the west of Ma’rib, were subjected to the siege and the artillery shelling more than once. As a result, the displaced people suffered a lot in those remote areas.

For example, the Houthi artillery shelling damaged seven displacement camps in Majzar District, including Al-Khaneq camp that is considered the largest one. This resulted in the displacement of about 4,500 families.

In addition, the artillery shelling of the only well in Medghal District deprived dozens of displaced families of water in (Al-Samra, Al-Zabra, Al-Ras’a, Al-Husour, Al-Khuraybah). This forced many of them to displace again.

Due to the expansion of the military confrontations and shelling between the two parties of war, there are increasing potentials for the direct damage to the villages and population centers which have become military contact areas or direct confrontation scene. This will lead to new waves of displacement.

In light of these deteriorating humanitarian conditions of the displaced people in Ma’rib, Rights Radar has called on the human rights organizations and the international community to take their humanitarian responsibility towards the victims of war and prevent the occurrence of an unprecedented humanitarian disaster since the start of the war in September 2014.

Rights Radar has called for meeting the necessary and urgent needs of the displaced families by providing shelter supplies, including water and food.

Rights Radar has urged the local authority in Ma’rib Governorate, along with the concerned authorities in Yemen, to redouble efforts to accommodate the displaced people escaping from war.

Rights Radar has called on the legitimate government represented by the Executive Unit for IDPs in Yemen to provide reception points for the displaced people, identify how and where they can be accommodated, meet their urgent need of shelter supplies and health and psychological support and meet the educational needs of their children.

We also call on the Arab Coalition to support the government's efforts to deal with the catastrophic humanitarian situation experienced by thousands of displaced families in Ma’rib with an airlift through which the emergency relief items can be provided to meet the shelter, food and health needs of the displaced people.