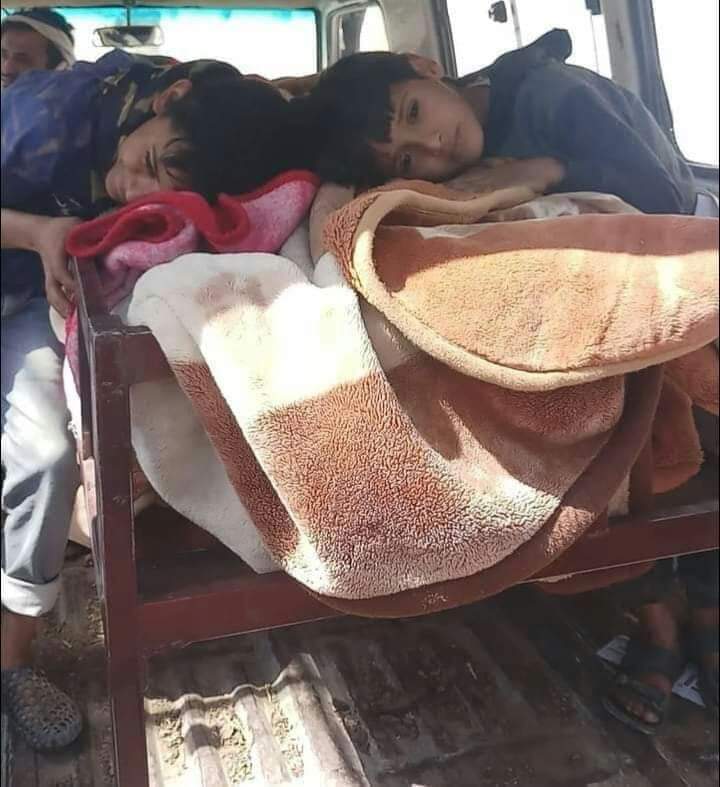 Rights Radar Organization for Human Rights based in Amsterdam, Netherlands, has called on the Houthi militia in Yemen to put an end to the abuses that occasionally affect civilians in Ibb Governorate located in the center of Yemen.

Rights Radar has urged all the parties to the conflict in Yemen to respect all conventions and treaties, including the international humanitarian law.

Rights Radar regrets the repetition of abuses committed by Houthi militia gunmen against civilians in various districts in Ibb Governorate. According to local monitors, abuses and assaults crimes occur in a daily basis due to the unprecedented insecurity in the Governorate that was known for its peace and stability.

Rights Radar’s field monitors documented a number of abuses in Ibb Governorate during the period from September 2014 to August 2020. These abuses included abduction, killing and injuries, in addition to child recruitment and destruction of public and private property.

According to the available and documented information during the aforementioned period, the number of abductions reached 2004 cases, most of which were committed by Houthi gunmen with exception of four cases that were committed by unknown parties.

As for the crime of child recruitment, Rights Radar monitors documented (144) cases, all of which were committed by Houthi militia and the number may be much more.

Rights Radar regrets continuing committing these crimes and abuses against unarmed civilians, hoping that the crime of killing (Khatam Ali Abdul Karim al-Ashari) is the last one of this kind of abuses. The victim was killed by Houthi gunmen belonged to the Security Department of Al-Udayn District, west of Ibb. They broke into her home located under their control. She had four children and the youngest of them was a four-month-old baby and the eldest one (Nabil), aged 10, suffered from psychological disorder as a result of the previous breaking into of the same home by Houthi gunmen months ago.

In this context, Rights Radar called on Houthi militia to stop pursuing witnesses from among the village inhabitants. We made sure that a number of them were subjected to pressures and threats to prevent them from providing any information that might condemn Houthi militia.

It should be noted that Houthi leaders responded to the demands regarding making an investigation into these abuses and this resulted in arresting the security staff in Al-Udayn District.

The case files of a number of housebreaking crimes are still open and will remain so until the perpetrators receive the due punishment, including the crime of breaking into citizen Bashir Shaharah’s home by gunmen in April 2016. They killed and dragged him with the presence of his five children (the eldest child did not exceed 13) due to his rejection to their arbitrary policy. On that day, they carried out an abduction campaign for 19 citizens, including a sixteen-year-old child.

In October 2014, Houthis blew up Sheikh Ali Musaad Badir’s home in Yarim, north of Ibb Governorate. In addition, they abducted his grandson Osama, aged 11, killed him and booby-trapped his body in a horrible precedent that caused widespread condemnation at the local and international levels.

In March 2019, the Houthi security points opened the road for armed militias from Khawlan al-Tayyal tribe in Sana’a Governorate for breaking into Dobir Village, Hubaysh District, east of Ibb. They destroyed and burned Al-Arhabi family’s homes, caused damage to their contents and looted its possessions. They also terrorized all the residents of the village. This attack was described by public opinion at the time as (Battle of Hubaysh).

The worst thing is that justice have not been achieved for victims of most of these abuses and perpetrators are still free under the protection of Houthi militia.

Accordingly, Rights Radar has called on the UN envoy to pay attention to human rights in Ibb Governorate and break the barrier of the humanitarian isolation imposed by Houthis on it, especially the recurrence of these crimes is considered a continuous and intentional violation of the principles and values ​​of the International Humanitarian Law.

We also call on the legitimate government represented by the Ministry of Human Rights and the international organizations to pay attention to the file of abuses in the governorates which have been turned into what can be considered large and isolated prisons regarding the humanitarian and media aspects.