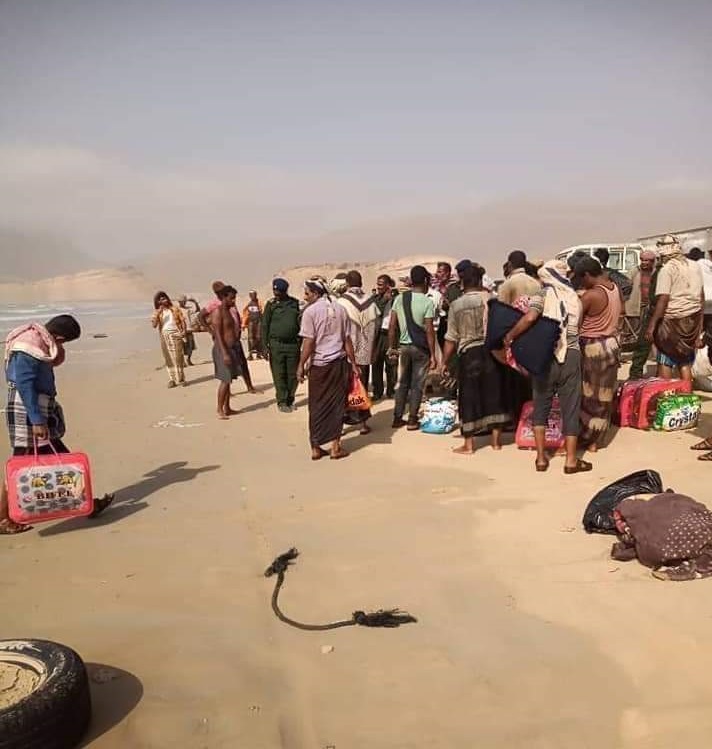 (Rights Radar) for Human Rights, which is based in Amsterdam, Netherlands, has condemned the abuses committed by the Southern Transitional Council and its supporters on Socotra after controlling it militarily on the 19th of current June.

Identical local sources belonging to the Socotra Archipelago Governorate told Rights Radar that the UAE-Backed Transitional Council Forces carry out search and attack campaigns occasionally, including some houses owned by political activists opposed to the Emirati control on the island.

A local source confirmed that elements of the Transitional Council Forces attacked a house owned by the political activist Abdullah Badahn on Monday, June 22, and abducted him. Then, they took him to a prison in the First Infantry Brigade which is controlled by the Transitional Council. He remained there until he was released on Wednesday, June 24, after mediations carried out by local figurers.

According to this source, Badahn was abducted just hours after his talk to the media about the forcible deportation of dozens of citizens from the island committed by the Transitional Council due to regional reasons that was described as “racist” because the deportees belonged to the northern regions.

Local sources from Socotra told Rights Radar that the Transitional Council Forces deployed in Hadibu, center of Socotra Governorate on Sunday, 21 June. They arrested dozens of citizens after sorting them according to their identity and region and put them into an old boat that arrived on the shores of Al-Mahrah Governorate after sailing for several hours.

On Saturday, 20 June, the Emirati-Backed Transitional Council Forces arrested Colonel Abdel-Rahman Al-Zafni, the Commander of the Air Force in Socotra, and took him to an unknown destination. Then, they released him later after local mediation. He was able to leave to Al-Mahrah by sea. They also attacked the house of Ramzi Mahrous, the Governor of Socotra Governorate, as well as the house of his brother Nazem Mahrous. Both of them left to Al-Mahrah Governorate by sea. In addition, these forces committed abuses against citizens and tampered with their properties.

As a result, Rights Radar calls on the leadership of the Transitional Council to put an end to the abuses committed by its forces or supporters against the citizens and property in Socotra because this is considered an infringement on public liberties and a clear violation of the local and international legislation and the International Humanitarian Law.

Rights Radar also calls on the Transitional Council to take legal and moral responsibility towards workers and citizens who lost their work, property and sources of living due to the enforced deportation from Socotra Island and provide redress for them.

Rights Radar calls on the international human rights organizations to take more effective and influential actions towards the abuses committed against public liberties and human dignity in the various Yemeni regions controlled by the illegal armed militias in both of north and south of Yemen.