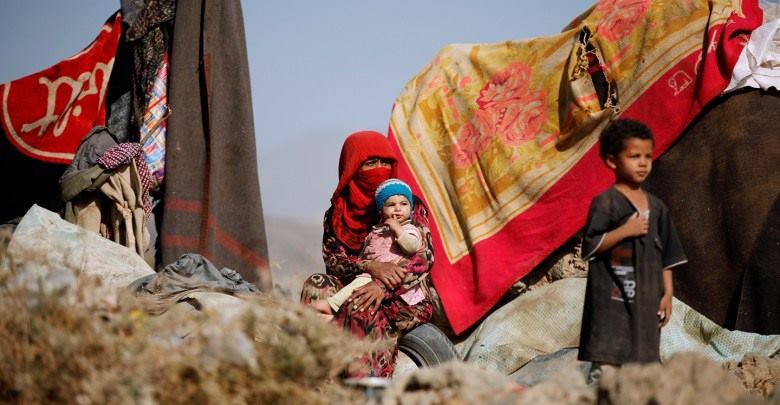 Rights Radar (RR) for human rights in the Arab world, based in the Netherlands, called for an urgent investigation into the cases of kidnapping; rape and grave abuses that many women and girls subjected to them, during the 4-year of war in Yemen.

In a statement on the International Women's day, RR strongly condemned the unprecedented abuses against women in Yemen, which are entirely contrary to the Yemen's laws and social customs, especially in the cities and areas that controlled by Ansar Allah (Houthi group), as well as in the cities that under the control of the UAE-back forces in the southern provinces of Yemen.

This situation doubled the suffering of women in Yemen where they become more vulnerable to abuses and more victims to the war in Yemen since the end of 2014,” she said.

RR reporters stated that in the provinces controlled by the Houthi militants, which are the most populated areas, women were more subjected to grave abuses than other provinces during the war, particularly the anti-Houthi women, as they were subjected to abducting, tracking, physical assault, repression, and forcibly disappearance, in which some abuses cases reached to the extent of murder. Some of these serious cases also reported in the city of Aden by the UAE forces or by local militants funded and loyal to it.

RR reported dozens of cases of abuses on women in areas controlled by the both parties, the Houthi group and the government forces, varied between repression, expression and demonstrations ban, abduction and forcibly disappearance, as well as sexual harassment, which amounted to rape and murder in some cases, in addition to cases of child-marriage and forcibly marriage.

Eyewitnesses told RR that many women and girls were abducted and probably raped in Sana'a, and in many cities and areas under the control of Houthi group, due to political reasons as their relatives are anti-Houthi activists or because Houthi militants are using these assaults to blackmail the women families.

“Cases of grave abuses and assaults against women mostly treated with strict confidence, as the families of victims using the extreme secrecy about these abuses, to preserve the family honor or to avoid the stigma of the community, particularly the cases of kidnapping and rape”.

They stressed that many girls, some of whom were minors, were subjected to forced marriages of Houthis influence, such as punishment or psychological and physical torture for themselves and their families.

Some reports confirmed that the phenomenon of child marriage in Yemen rose to 66% in 2018 while it was 52% during 2017 out of the total cases of marriage in Yemen. “The ongoing war in Yemen has forced around 21% of girls under the age of 18 to take the responsibility of supporting their families in one way or another” it added.

According to official statistics, women represent 40% of the victims of the war in Yemen, as well as mothers and their children represent more than 77% of the internally displaced people (IDPs) out of the total number of them estimated above 3 million within Yemen, in addition to a large number of Yemenis who have been forced by war to leave their country, seeking asylum in other countries worldwide.

RR called on the parties of the armed conflict in Yemen to put an end to the grave abuses against women in the situation of insecurity and the absence of protection, especially in some cities and districts of Yemen, where it become a haven for the perpetrators of abuses against women, which became dangerous for the women life and safety, and it claims to provide the utmost protection and respect for the rights of women in Yemen.

She also called on the international community to play a vital role in using their pressure on the warring parties in Yemen to stop the violations and abuses against women and giving women's issues their top priority in any initiative, to prevent the additional death of them and to halt the risks or serious assaults on them.