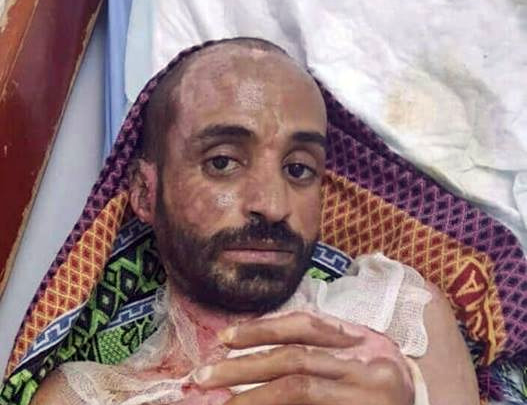 Yemen: Un Should Include The Issue Of Torture Victims In The Mission Of Its Envoy To Save The Lives Of Detainees

RR demanded the special envoy of the UN Secretary-General for Yemen, Martin Griffith, to include the issue of detainees and journalists of Yemen in his next briefing to the UN Security Council scheduled for next week, and to include these issues in all his diplomatic meetings and discussions with the parties concerned in the Yemeni issue. These issues also need to be included in the report of the Human Rights Council’s Group of Eminent Experts on Yemen scheduled to be submitted to the Human Rights Council during current session in Geneva.

RR monitored the killing of 121 detainees under brutal torture in the detention camps of the Houthi group and the UAE forces in Yemen, where 28 detainees were confirmed dead in the prisons of the UAE forces in southern Yemen, while the rest died in the Houthi prisons in several northern provinces.
Three detainees were killed under torture during the first week of June 2018 in a detention camp run by UAE forces in the district of Bir Ahmad in the southern province of Aden. The killed detainees are Mohammed Saleh Fadhl, Remi Ali al-Shoraji and Muhammad al-Hajji, after they spent more than two years in UAE detention.
The UAE forces operate around 18 secret detention centers in Aden and Hadramout provinces, Southern Yemen, where detainees are subjected to the worst types of brutal torture by regular and modern torture tools, according to testimonies of former detainees.
In northern Yemen, journalist Anwar Al-Rukn died on June 2, 2018 after being subjected to a brutal torture at a secret detention center run by Houthi group in the province of Taiz, less than two days after they released him while he was in a critical condition with a vulnerable body. Al-Rukn unveils that he was subjected to brutal physical torture during his almost one-year detention.
On May 9, 2018, a senior member of the Islah party Sadeq Farhan al-Haidari was killed by severe torture at a detention center operated by the Houthi group in the Dhamar province, central Yemen, during his three-year in detention.
Twenty-seven Yemeni journalists have been killed by the Houthi militias and by the air raids of the Saudi-led coalition since the outbreak of the civil war in Yemen in early 2015, most recently is the case of the journalist Anwar al-Rukn, who died under torture by the Houthi militants in Taiz province.
Sixteen journalists have remained in detention for more than three years, one of whom was forcibly disappeared by al-Qaeda militants in Hadramout province, while the rest are detained by the Houthi group in the capital Sana’a and possibly in other provinces as well.
The estimated number of political and activists detainees in the detentions of the Houthi group and the UAE forces in Yemen is more than 14,000. This number is steadily increasing because of the continuation of the armed conflict between the warring parties in Yemen. Only a limited number of them have been released during the past three years through a prisoner swap conducted by tribal mediators.
he torture is a flagrant violation of International Law. Article 8 of the International Criminal Code states that under the Statute of the International Criminal Court, torture and cruel, inhuman or degrading treatment constitute war crimes. According to article 85 of Additional Protocol I of 1977, the international humanitarian law prohibits torture during armed conflicts constituting a grave breach of human integrity as well as serious violations of International Law and war crimes.
**********
Rights Radar spokesperson to Media:
– Mr. Gerard van der Kroon, International Relations Officer (Amsterdam).
Tel. 0031618328751 , Email: spokesperson@RightsRadar.org

Yemen: rights radar calls on the un to urgently put an end to the killing of detainees and journalists
Yemen: Un Should Include The Issue Of Torture Victims In The Mission Of Its Envoy To Save The Lives Of Detainees
Yemen: 113 detainees killed under torture in houthi prisons
Yemen: Rights Radar calls on the int, l community to intervene to curb grave abuses in Aden and Abyan
Yemen: violence and grave abuses on women