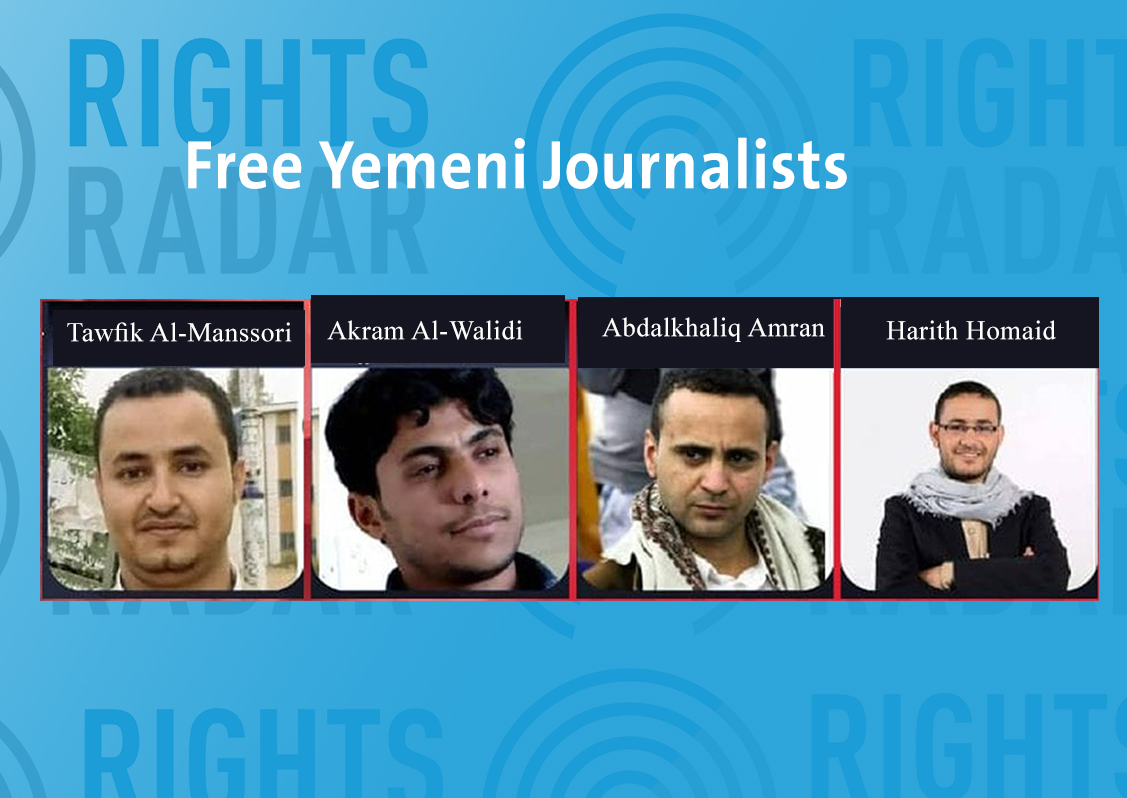 Rights Radar for Human Rights in the Arab World, headquartered in Amsterdam, has announced that it condemns the decision of extrajudicial killings issued by a court run by Yemen's Houthi militia against 4 journalists, in addition to the imprisonment of 6 others. The 10 journalists were abducted 5 years ago.

Rights Radar has condemned the Houthi decision because it was issued by a court with no legal jurisdiction. It is worth noting that the Specialized Criminal Court, which has the legal jurisdiction, was transferred to Ma’rib Governorate in 2018 in accordance with the decision issued by the legitimate authorities represented in the Supreme Judicial Council.

Rights Radar said that the use of the abducted journalists as a means of political manipulation and blackmail is one of the worst forms of repression of freedom of opinion and expression.

Rights Radar has called on the Houthi militia to release of all the abducted journalists and respect the international conventions confirming that the parties to the armed conflict must guarantee the safety for journalists and media workers and spare them the political and military conflicts.

Through documented reports, Rights Radar has made sure that the abducted journalists were subjected to torture during their detention and some of them suffered from chronic diseases and life-threatening pain.

According to the witnesses of the journalists’ families, they had previously been subjected to terrible psychological pressure and violent torture until the health conditions of some of them deteriorated because they were beaten with hard and sharp tools, in addition to the intentional exposure to severe coldness for long hours. As a result, some of them lost consciousness for several hours.

In this context, the late journalist Anwar Al-Rokn is an example. He lost his life on June 7, 2018, just two days after the Houthis released him from the prison of Al-Saleh Residential City, southwest of Taiz. This was after his health condition had deteriorated due to the brutal torture practiced against him.

Rights Radar called on all the parties and organizations concerned with the freedom of opinion and expression and the rights and freedoms to take urgent action for putting pressure on the Houthi militia to release all the abducted journalists.