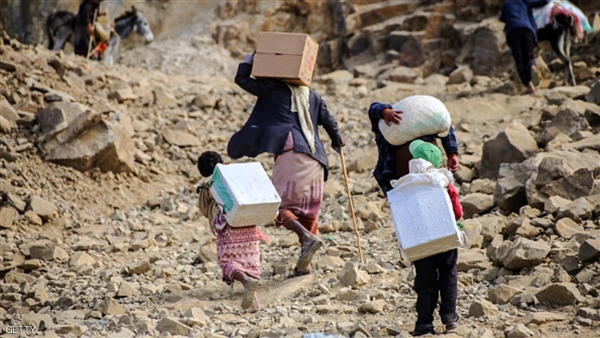 Yemen: Rights Radar Calls for Putting an End to Houthi Siege on Taiz

Rights Radar Organization for Human Rights has called for putting an end to the Houthi siege on Taiz, in the center of Yemen, as the people have been suffering for nearly five years as a result of this severe siege on the city from the eastern side (Al-Hawban), in addition to the northern and western sides.

The people in Taiz have suffered so much from this severe siege and the closure of the main outlets by the militants of Ansar Allah movement (the Houthi group). As a result, the residents of Taiz are forced to take bumpy and narrow roads that endanger their lives and cause accidents, in addition to searches, extortion, harassment, and sometimes abduction and arrest in the Houthi checkpoints.

Before this siege, reaching Taiz downtown took only a few minutes and cost 100 Yemeni riyals, but now it takes more than 6 hours and costs about 5,000 riyals to reach the outskirts of the city only. Due to the closure of the outlets and roads leading to Taiz, the Houthi siege has caused the high prices of goods and the high cost of transport and communications. It also has caused damage to various sectors and services and affected all the aspects of life in the city.

The parliamentarian Abdul Karim Shiban, the head of the Committee responsible for opening roads, representing the internationally recognized government in the Governorate of Taiz, announced that Ghalib Mutlaq, the representative of the Houthi group, spoke with him a week ago. He told him that his group decided to open the outlets and roads leading to Taiz, stressing that the local authority in Taiz welcomed this initiative and they would deal with it positively. In addition, they agreed to stop the suffering of people in the city. However, they did not fulfill these promises and nothing new was done concerning this issue. The people in the city still suffer from this siege.

Rights Radar Organization has urged the Houthi group to fulfill its promises and commitments towards the civilians and called for stopping the siege on Taiz as it is considered a collective punishment, a crime against humanity and a war crime.

Rights Radar calls on Martin Griffiths, the UN representative in Yemen, to play his role by putting pressure on the Houthi group to implement the relevant agreements concerning putting an end to the siege on Taiz. It also calls on the Security Council, the United Nations and the international community to exert more efforts to put an end to the suffering of civilians in Taiz by opening the outlets and roads leading to the city from the eastern, northern and western sides. This inhuman siege imposed on civilians is against all laws, legislation, customs, in addition to the laws of war and the international human rights law.