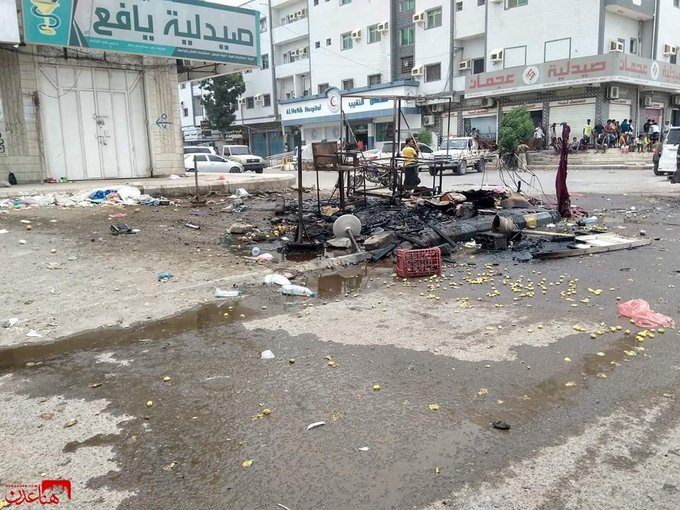 Yemen: Rights Radar Calls on Government to Curb Acts of Racial Violence and Provide Protection for IDPs
Amsterdam, August 4, 2019:
The Amsterdam-based Rights Radar Organization for human rights in the Arab World called on the Yemeni government and the local authorities in Aden Governorate to curb the violence acts committed by the armed groups against the unarmed civilians and Internally Displaced People (IDPs) coming from northern areas.
According to Rights Radar sources, the violence acts which spread in Aden, committed against the workers and IDPs from the northern areas considered a breach to the international humanitarian law, as well as the fact that most of these violence acts were racist in many districts of Aden Governorate, especially Mansoura, Sheikh Othman and Crater.
Eyewitnesses told Rights Radar that armed groups belonging to the forces of (the Security Belt), which are supported by the UAE, committed mass attacks against the northern workers and civilians in Mansoura District.
They also said that the militants broke into the workplaces such as restaurants, shops, cafeterias and production workshops. They also expelled, beat and insulted the northern workers with words of profanity on regional basis.
One of the eyewitnesses reported that an armed group attacked the market of agricultural products in ​​Mansoura District, broke into many restaurants and shops and destroyed it. The armed group arbitrarily arrested tens of northern civilians, including many IDPs, put them in goods trucks and deported them outside the governorates of Aden and Lahij.
Rights Radar calls on the United Nations and the Human Rights Council to intervene urgently to prevent the deportation of the northern IDPs who have been victims of these random racist campaigns, especially hundreds of them have families and children and they have been forced to be deported. In addition, they have been subjected to the forced deprivation of their livelihoods that have been damaged and destroyed by the armed groups.
Rights Radar also calls for the reduction of incitement campaigns led by the oriented media, some of which are supported by the UAE, to stop the rising tide of hatred among the people of the country and work seriously to ensure the safety and protection of the northern IDPs in accordance with the international humanitarian law that protects their rights.