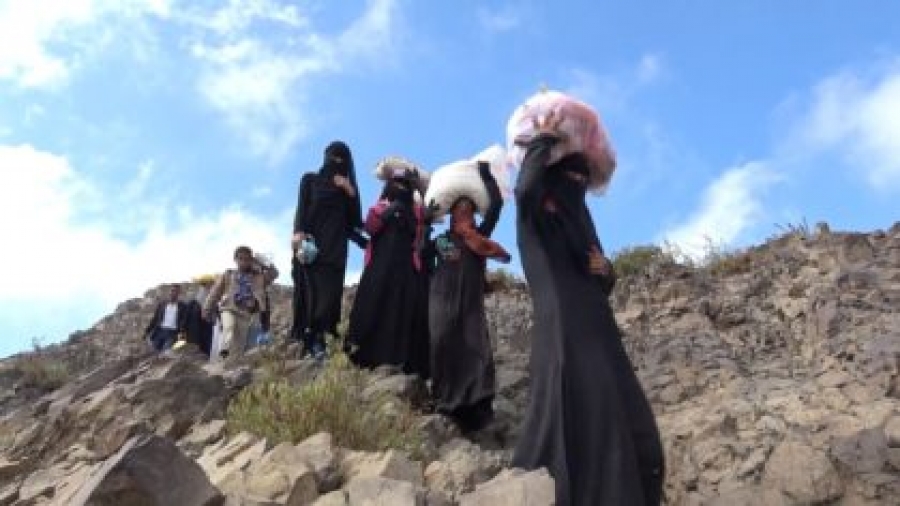 committed by other armed forces loyal to the UAE in the southern provinces, under the control of the Yemeni government.

“Houthi group and pro-Emirati forces have carried out repressive and degrading acts of Yemeni women’s rights and deprive them of the most basic rights, as well as serious violations against women, including murder, injury, violence, arrest, sexual harassment and the displacement of thousands of women” Rights Radar said in a statement on the International Women’s Day.

RR explained that during the war, Yemeni women were subjected to direct and indirect targeting, due to the weak state’s institutions and lack of security control, with a significant difference between the quantity and quality of violations committed by the Houthi militants compared to the number of cases against the forces loyal to the UAE.

More than 20,000 abuse cases have been committed by Houthi militants against Yemeni women over the past three years, among them killings, injuries, physical assault, violence, cases.

The year 2015 witnessed a large amount of cases of serious abuses against women in Yemen with the outbreak of war at that time. At least 105 women were killed by Houthi gunmen and some 248 women were injured by randomly bombardment on residential neighborhoods in the provinces of Aden and Taizz.

More than 3,230 cases of women mental illness were reported, including memory loss, 41 women lost their fetuses from artillery shells on the residential areas, 44,884 girls were deprived of education, 6 cases of assaults on women activists, and more than 4,893 women displaced during 2015 due to the war fighting.

The documenting reports confirmed that 9,517 families were internally displaced in Taizz province alone, among them 60% women and 25% children, from September 2015 upto October 2017.

The National Commission of Inquiry into allegations of human rights violations, an independent Yemeni body, reported that it recently investigated 760 cases of violations against women in Yemen, including 314 murder cases and 400 injury cases, 16 landmine injury cases, 11 torture and forcibly disappearance cases, that occurred since the beginning of the war early 2015 until the end of 2017.

The abuses cases reported against women in Yemen during the ongoing war included cases of violence, verbal and sexual harassment, physical abuse amounting to rape and murder, minor marriages, injuries and unlawful detentions, denial of protest, obstruction of women’s access to education and health care.

The Rights Radar called on the United Nations and the international human rights organizations to take strong and massive action to put an end to the violations against women in Yemen and to activate the procedures of no impunity against the perpetrators.

Yemen: rights radar calls on the un to urgently put an end to the killing of detainees and journalists
Yemen: Un Should Include The Issue Of Torture Victims In The Mission Of Its Envoy To Save The Lives Of Detainees
Yemen: 113 detainees killed under torture in houthi prisons
Yemen: Rights Radar calls on the int, l community to intervene to curb grave abuses in Aden and Abyan
Yemen: violence and grave abuses on women